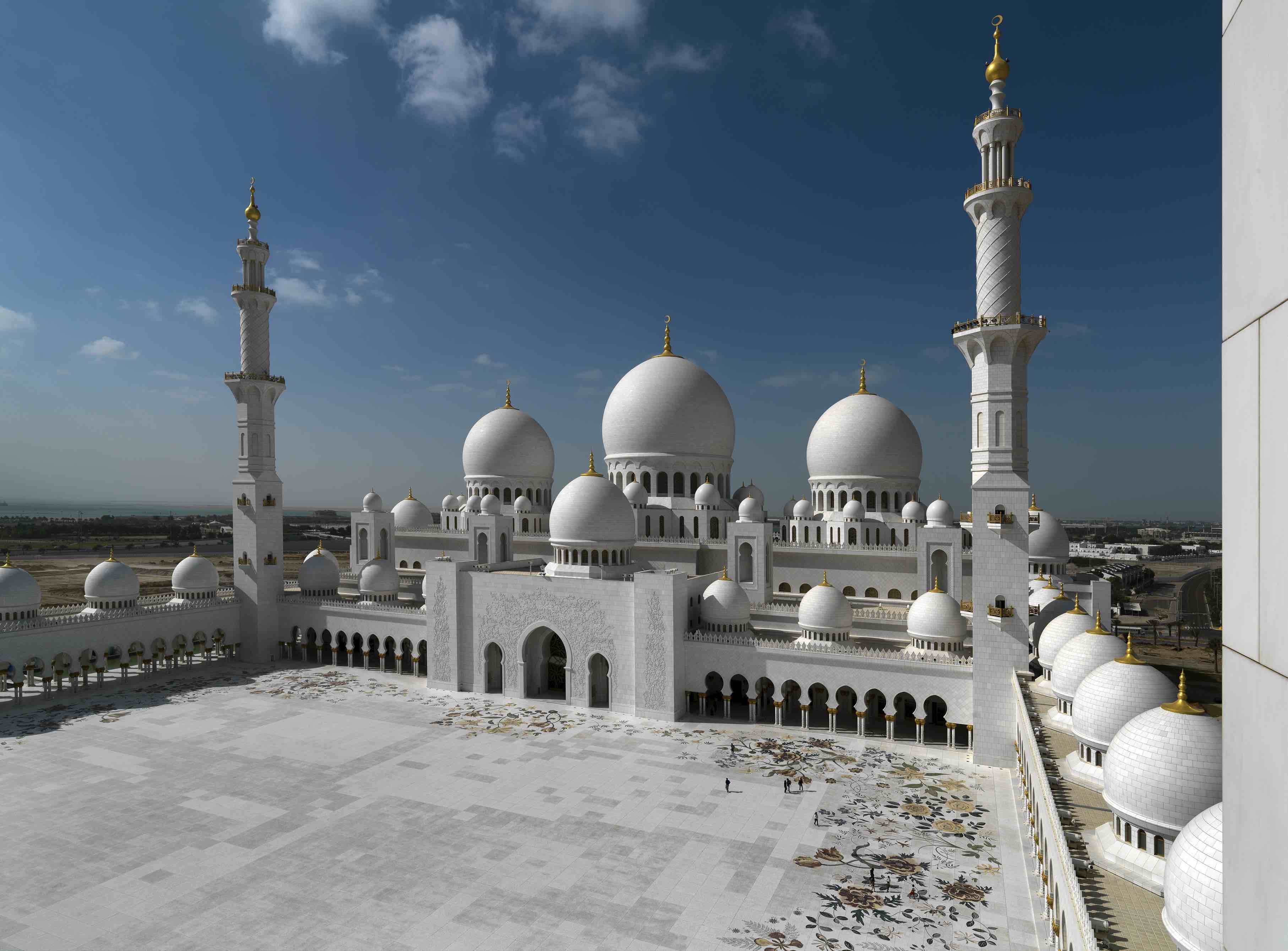 The Italian craftsmanship behind a global icon

An iconic symbol of the UAE 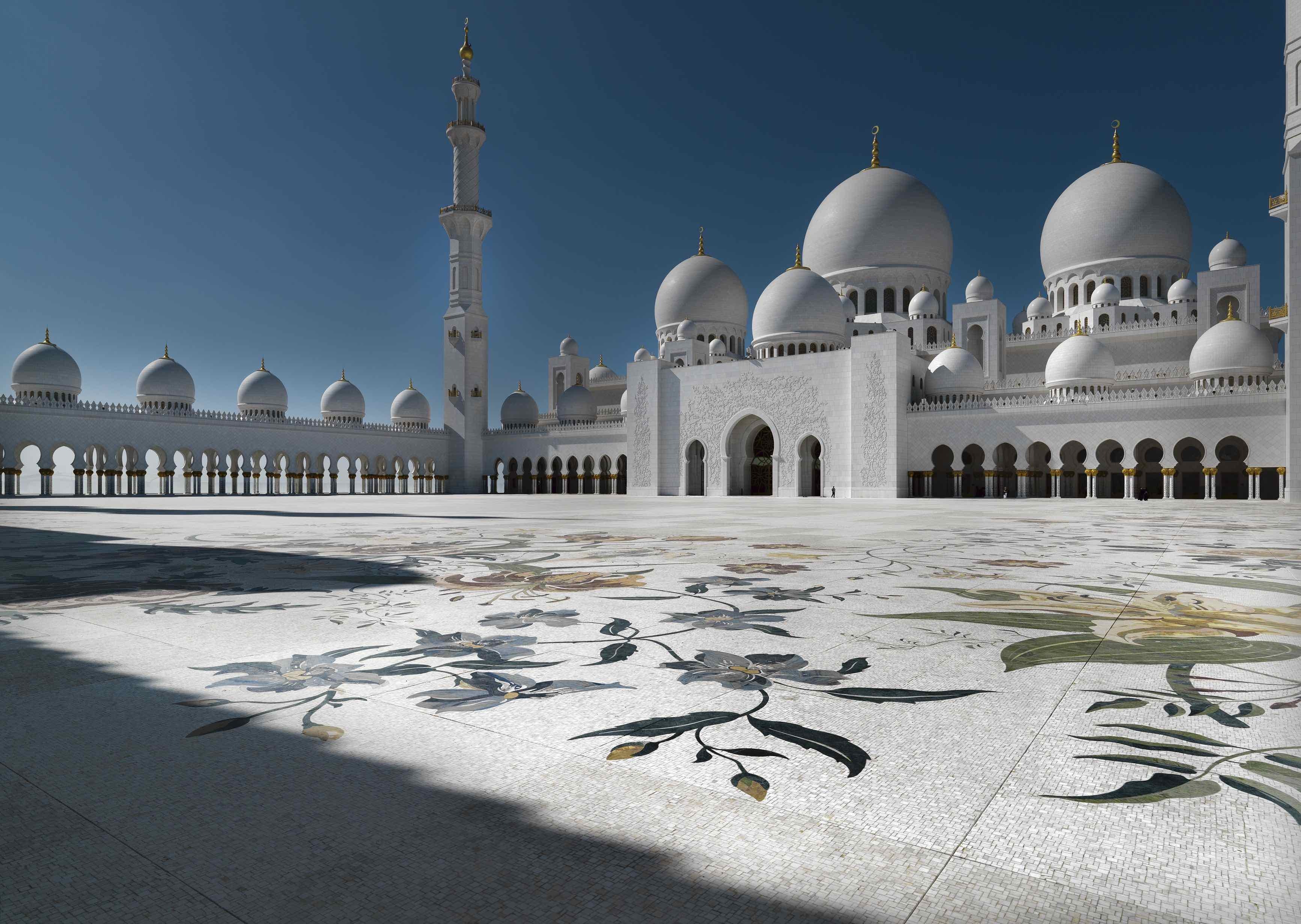 The project enjoyed the blessing of the so called ‘Bilbao effect’, with architecture, craftsmanship and eloquent design coming together to ensure that the Sheikh Zayed Grand Mosque became a key cultural centre and major tourist attraction, one that is visited by millions of visitors from all over the world every year. While the building was not as contemporary as Frank Gehry’s Guggenheim Bilbao, which gave the Spanish town international kudos, the visionary leaders behind it sought instead to deploy the expertise and fine materials of the world’s best providers, to make sure that that SZGM would be a building that people would not just to talk about but actually want to see.

According to Trip Advisor ratings, SZGM – one of the largest mosques in the region is now one of the four most-visited tourist attractions in the world, welcoming over 7 million visitors a year.

During the first half of this year alone, more than 1.5 million visitors and worshippers have journeyed from near and far to personally view the unique characteristics of this building. Over 80 per cent of the visitors were from overseas, coming mainly from India, France and the United States.

Why, many ask, has this rise in popularity been so swift? In short, the answer is simple: the UAE’s ruling family invested in quality craftsmanship in order to build something that was unique and timeless, and had soul, character and substance; something which would make the emirate more attractive and recognisable; something befitting of and able to fast track an ambitious global capital forward into the future.

Only a magnificent structure could rise to the challenge and meet their criteria of excellence in architecture, design and decoration; all were sourced from and made by the best the world has to offer.

Today, the Mosque is the symbol of the UAE capital, just as Jørn Utzon’s Sydney Opera House is to Australia or the Taj Mahal is to India. And, like those landmarks, it is also distinguished by its noble materials and meticulous attention to craftsmanship.

Craftsmanship on a grand scale 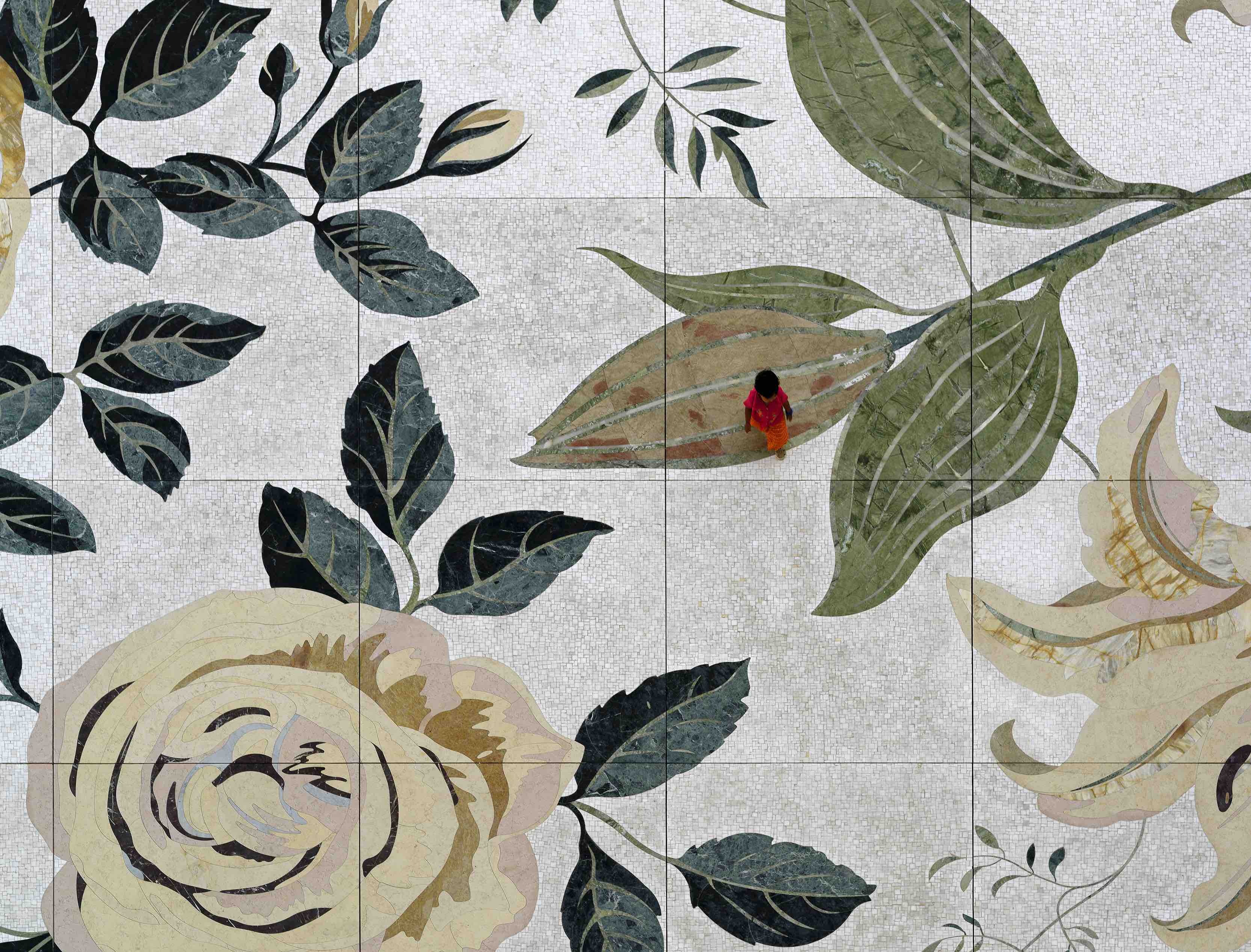 Some of the best architects, engineers, designers and master craftsmen contributed to the mosque, uniting to create a globally recognised contemporary destination that is now synonymous with the UAE and its people.

It’s a prime example of how a building can evolve and become a major magnet for visitors and raise the profile of its location; it’s also an example of how the highest-quality design and decorative finishes can contribute to such a building.

SZGM is also one of the grandest projects ever undertaken in Fantini Mosaici’s 123-year history. The Italian firm’s main role was to decorate the gigantic structure with hand-cut, hand-placed marble sourced from the most revered mines.

Supported by the team in Fantini Mosaici’s Milan headquarters, artisans worked day and night to ensure that their work was nothing short of a hand-crafted artwork masterpiece.

The dedication and unique know-how of the Fantini Mosaici mosaicists is now admired and photographed by worshippers and holiday-makers, cultural tourists and heads of state, day-in, day-out. The majority of visitors are oblivious to who painstakingly created the main 17,000-square metre 'Sahan' courtyard or the ‘Qibla’, even though they stop in awe and admire the rare works of art before them and leave to elaborately recount and post their sense of amazement, recalling the power and drama of the beautiful mosaic floors, embellished walls and much more…

(Later, Abu Dhabi’s leaders would again turn to the power of the established star, when masterpiece Jean Nouvel was commissioned to design the Louvre Abu Dhabi. He repeated the formula and reinforced Abu Dhabi’s global profile and desirability, again using the winning traction of architecture and culture.)

An international project benefitting from than a century’s experience 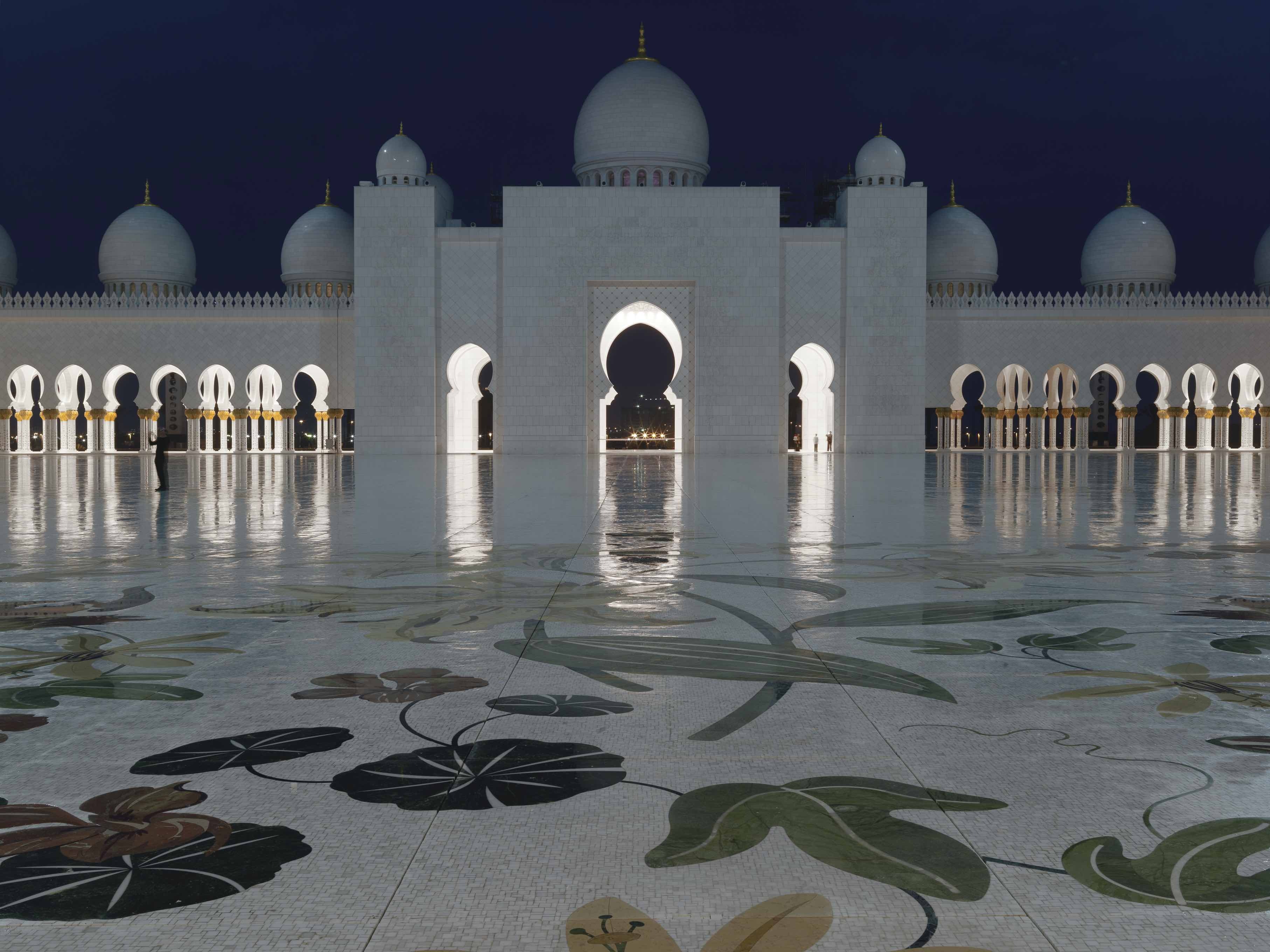 SZGM illustrates Fantini Mosaici's unique and prestigious role in promoting and delivering Italian excellence and quality through the creation of distinctive bespoke architectural elements and surfaces.

Today, SZGM is an iconic architectural symbol of Abu Dhabi, heralded the world over for its grandeur and as an example of how ancient handcrafts and techniques can create a modern architectural masterpiece.

The work on the Abu Dhabi Grand Mosque evolved to become of the most exquisite pieces of work that Fantini Mosaici has ever created in more than a century of working on landmark projects. Made from precisely cut international marbles and semiprecious gemstones, the ancient art form sparkles with a contemporary aura. Using distinctive materials created through individually demanding processes, each phase of the process has a particular context and meaning in the design of SZGM.

Using state-of-the-art technology, the production of marble from different Italian quarries brought together more than 20 companies from all corners of Italy. Fantini Mosaici managed this mammoth operation, including procurement, production and local logistics.

Tons and tons of semiprecious stone, Murano glass, gold and silver leaf were also sourced from the best Italian and global mines to create the millions of hand-cut mosaic tesserae incorporated in SZGM.

Under the supervision of leading Italian designers, the Fantini Mosaici in-house design studio then oversaw the selection and installation of the delicate patterns and elegant colours that had to be meticulously selected to match the sophistication and elegance of the design scheme. The most intricate design is the spectacular 17,000-square metre floral patterned ‘Sahan’ courtyard, designed by a reputed artist, which the artisans reinterpreted in marble and mosaic to create the centrepiece of the mosque. The ‘Sahan’ floor features gigantic flowers found in the region, as well as irises, tulips, lilies and roses. Lush floral motifs and designs can be seen throughout the mosque, which is often referred to as the ‘Flower Mosque’.

The marble and glass mosaic panels were handmade by highly skilled artisans in Italy and then carefully shipped to the UAE for the next stage in the hand-made process. This included some of the glass mosaic panels that were manufactured in Italian workshops. Other panels, such as some produced in white marble, were pre-assembled in Italy and polished, brush-hammered and sandblasted with enamel mosaic inlay before being transported to the site. Precious stones and marble, such as those used for the floral inlays, were cut by waterjet in the pre-assembly phase. The process also involved the precious gold mosaic tesserae being placed in the white marble sculptured squinches before the sculptural elements were finally placed on the Qiblah wall.

From the chipping, carving and cutting to the sculpting, the whole process was precisely managed to ensure it was seamless and carried out in the most time-efficient manner, with teams both in the UAE and Italy precisely synchronising the production and assembly process. The mosaics – made from noble materials, mother of pearl, marbles and gold – are on an unprecedented scale and cover approximately 18,500 square metres of interior and exterior space.

A large team of Italian experts and master mosaicists was deployed to Abu Dubai for the duration of the mega project, where a further 700 craftspeople from all parts of the world united to create the breathtakingly beautiful mosaic designs, the likes of which had never been seen before in the UAE. For over five years the Fantini Mosaici artisans hand-placed each tesserae of mosaic. Expert engineers oversaw the assembly in Abu Dhabi of intricate mosaic panels created in Italy – some with a margin of error as small as just 5mm.

The result was a key contribution to the creation of a new world wonder – a revered masterpiece and the result of a labour of dedication to craftsmanship and art that combined to create a global centre of unity and togetherness for worshippers, students, tourists and dignitaries alike.

On December 2, 2022, as we celebrate the 51st UAE National Day, this is an opportunity to visit or re-visit SZGM and reflect on the power of unparalleled commitment to craftsmanship. 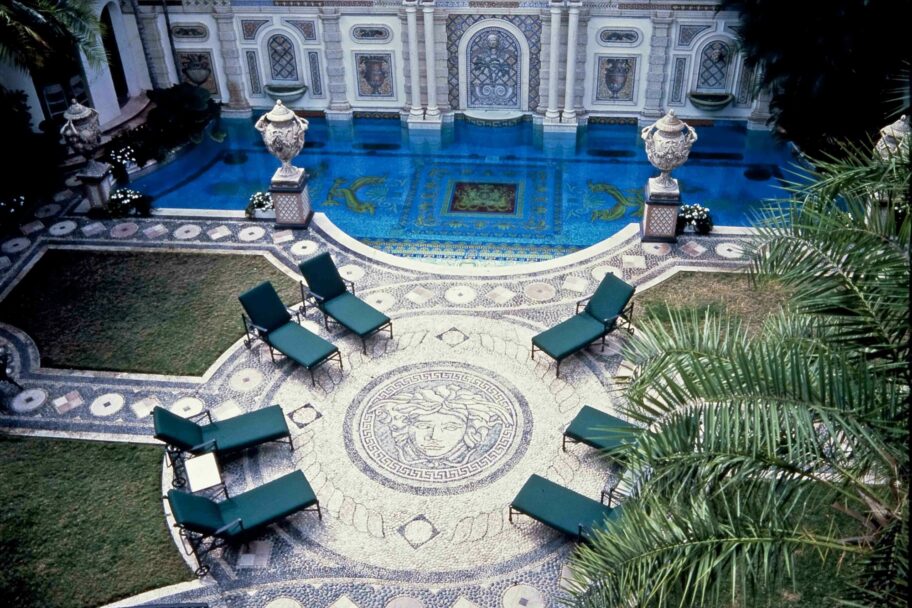 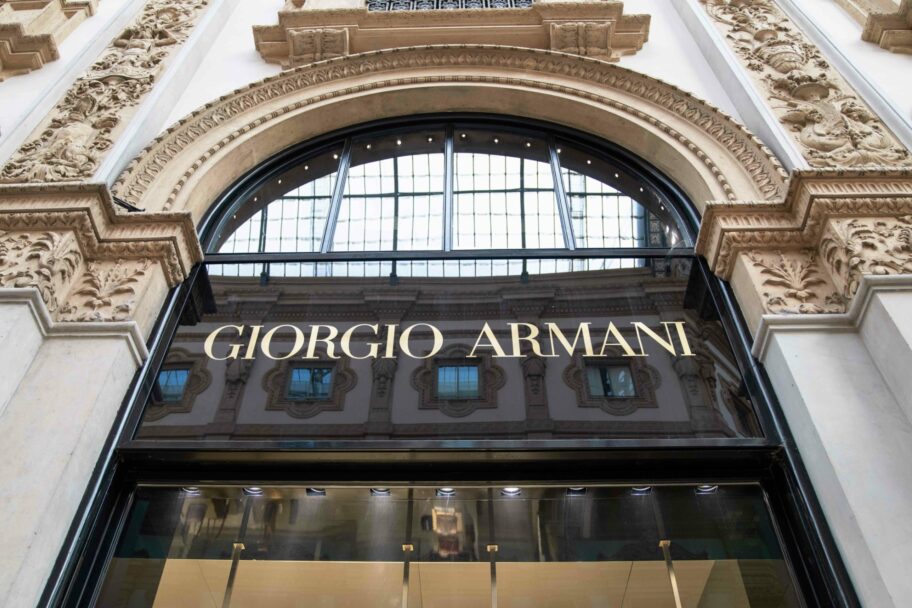 Fantini Mosaici’s surfaces and Giorgio Armani’s fashions
Thank you for subscribing to our newsletter.